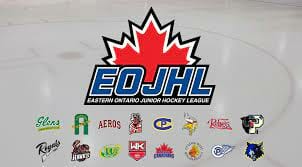 The new commissioner will represent and report to the Chairman and the Board of Governors, and advocate for them within the Hockey Eastern Ontario (HEO) framework.

The commissioner will preside at all meetings regarding Hockey Operations for the league and shall manage all duties imposed upon him/her by the constitution and by-laws of the league including:

The EOJHL is a junior hockey league in the Ottawa Valley, Seaway Valley, Prescott-Russell and Ottawa area with a rich history featuring some of the highest level of junior hockey in our region. The original league was founded in the 1966 and has evolved to include 16 teams.
View Eastern Ontario Junior Hockey League (EOJHL)'s Page Claim
×

Amateur Sport Part TimeWork From Home All Companies All Jobs

And be the first to know when our sign in experience is ready to go.

The experience is equal, whether you are a job seeker or an employer.